It's been a while since we talked about wrestling with someone who cares! The Honorable David Schultz turned his nose up at every wrestling selection we brought to the table, so it was time we found the right Judge for the case! Professional wrestler...

It's been a while since we talked about wrestling with someone who cares! The Honorable David Schultz turned his nose up at every wrestling selection we brought to the table, so it was time we found the right Judge for the case! Professional wrestler RJ City answered the call, and he must have been fresh off his morning coffee in his underwear because this guy is a walking encyclopedia of ALL things; not just wrestling! When he's not tag-teaming with David Arquette, RJ must be reading anything he can get his hands on, because he literally knew about everything we threw at him! Beau Becraft joins us this week, and he's happy as a schoolboy on pizza day to be back with all the wrestling accolades of 1995! His first opponent Mancrush is still reeling from defeat and looks to right the ship with wrestling of 1989. Rounding out our contestants for this week, Marc James prepares to dismantle the competition with wrestling of 1981.

RJ City is ready to deliver a "Knee Arthur" to anyone who steps out of line, but did we give him a reason to? There are so many deep dives in this episode! RJ's thoughts on signing with a major organization, cobb salads, the return of the Mongolian Stretcher match, the birth of real wrestling competition, empty arenas, The Oak Ridge Boys, David Moble loves baklava hausen, 5 Star matches, Hall of Famers, rubber toys that don't belong to Mom, Vince McMahon stranded on a roof, the best linebacker to ever live, horrible movies, good movies, horrible TV shows that paved the way for a new world order, local bands that suck, 6 degrees of Kevin Bacon that's beyond belief, Lewis Arquette is super fly, Ox Baker is everywhere, grabbing cake, the WWE's most successful movie, arcade games, Snake Plissken is the coolest name ever, The Wrestling Boot Band hurts our ears, a legitimate wrestle war, wrestling is "fake", and just what does RJ City think about Kayfabe in the year 2020? Do you agree with RJ's rulings? Play at home and judge for yourself! While you're at it, send your rulings to our Facebook and pick up 20 points on the Dueling Decades Leaderboard! 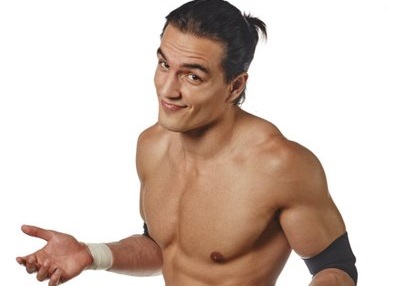