We're going to make this episode, a Blockbuster night! You may not live close to the last Blockbuster in Bend, Oregon, but we'll do our best to emulate a Friday night walking up and down the aisles looking for the perfect movie. To do that, we have the director of The Last Blockbuster, Taylor Morden as our guest judge this week! If you haven't seen the documentary yet, it's a total walk down memory lane, and we highly recommend it. To deliver nostalgia to the max, we're also going to cover B-Movies again! Which year had the best B-Movies in your option? Let's look at our competitors. First up, our resident tape head, Mike Ranger is back with the best B-Movies 1995 had to offer. Marc James is smack dab in the middle of this one, with the B-Movie stronghold of 1990. And rounding out this battle of the decades, Mancrush comes with the early days of rental lore with B-Movies of 1985!

Again, if you spent your days in the aisles of a rental store, you need to go out and watch The Last Blockbuster. Regardless if you liked Blockbuster or not, this documentary will take you back to the good ol' days. In this episode, you might hear about Chuck Norris putting Mike Ranger to sleep, gooey white stuff that tastes delicious, never ask Lloyd Kaufman to introduce himself, exploited Goblins, rated "S" movies, Roger Corman can make 47 movies with a hundred grand, our last B-movie judge moves cross country, adult movies spur children's cartoons, secret B-movie headquarters under a mall in Jersey, magazines for cinephiles, the very first straight to video gem, thirteen dollar tomatoes, The Last Blockbuster in Bend Oregon, rental night nostalgia, our relationship with movie consumption, Mancrush serenades, Marc James bends the rules, 35-year-old high school seniors, magnificent bastards, how Taylor scored a Kevin Smith interview, Jamie Kennedy and Samm Levine make appearances, and is there room for a rental store resurgence?

Do you agree with Taylor's rulings? Play at home and judge for yourself! While you're at it, send your rulings to our Facebook and pick up 20 points on the Dueling Decades Leaderboard! 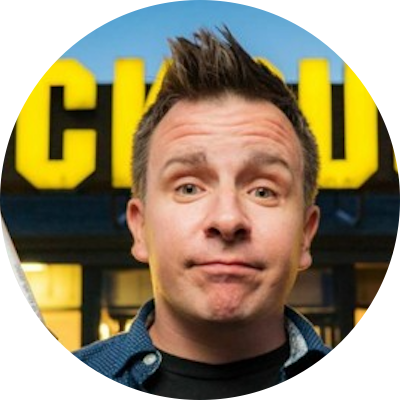